From July 11 to 13, the 2nd International Conference on Polyol-Mediated Synthesis was held at the University of Shiga Prefecture, Hikone, Japan. The focus therefore was a synthesis method, which is perfectly suited for the production of nanomaterials and offers an exceptional shape and size control.

Polyols are – the name is program – alcohols (ol) with multiple (poly) OH groups. Well-known examples are ethylene glycol as an antifreeze agent, or glycerol. Polyols offer several advantages for the synthesis of nanoparticles. They are similar to water, i.e.. many water soluble substances dissolve in polyols as well, but boiling point is considerably higher (150-230 ° C), so that crystalline materials can be obtained. Due to their many OH groups, they coordinate to the surface of the particles formed, i.e. they make the surface inaccessible and so suppress further growth or agglomeration, whereby the particle size remains small. Additionally, they have a reducing effect, which makes the use of additional reagents sometimes unnecessary. Finally, they can be removed easily and are suitable for processes on an industrial scale.

Nanomaterials play an ever increasing role in many areas. This was also reflected in the contributions from all over the world, which dealt with a variety of topics, such as thermoelectric materials, catalysts, Wide Band Gap (WBG) materials, magnetic materials for memory processes (computer) and as a replacement for magnets made of rare -earth materials. A major topic was also how to influence the form by choosing suitable reaction parameters. Thus, you can not only get spherical forms, but also cubes, rods, dumbbells, core-shell particles or even wires that are of great interest for sensor and photovoltaic applications. Due to the wide variety of topics and contributions, it was an enjoyable  and informative conference that was perfectly complemented by an extensive social program. 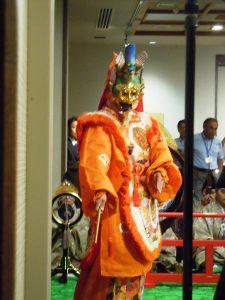